Hitler also created the War Merit Cross as a replacement for the non-combatant version of the Iron Cross. When in formal dress, the entire cross was worn mounted alone or as part of a medal bar. During these three periods, the Iron Cross was an award of the Kingdom of Prussia, although—given Prussia’s pre-eminent place in the German Empire formed in —it tended to be treated as a generic German decoration. Iron Cross 1st Class Eisernes Kreuz 1.

The mask’s appearance was given a similar appearance to a skull in order to enhance the fear factor of the Dark Lord of the Sith. The top of this mask was crowned with a circular interface dotted with an array of square slots around a disc of silver.

This disc served as an interface between the mask and the helmet. Made of black durasteel, these components were hermetically sealed and connected with a flat backpack that cycled air to Vader’s lungs. The air pump itself was located inside the top of the mask, which, via a ventilator, supplies a distinctive rasp. An implanted enunciator linked to an electronic voice processor enabled Vader’s scorched vocal cords to produce speech.

Around the part of the mask covered by the helmet was the external neural sensor array. Also hidden beneath his mask were four red heat dispersion vents, accented by yellow wire. The face of the mask was somewhat exaggerated and angular, with two ridges above his eyes that fit Iron Empire Clothing with those of his helmet. The optical lenses appeared bulbous.

The ridged bridge of the nose seemed lost in the largeness Cuf Clothing the eyes, but jutted out in a manner similar to a bare Human skull. The mask’s cheekbones were generally angular, curving slightly to join the nose at its base.

The base of the nose was a silver multipurpose detector that acted as the suit’s primary environmental sensor, and could measure radiation, temperature, and atmospheric toxicity and displays the information in the HUD, was rounded in shape, [8] with a triangular grill growing Cuf Clothing from beneath it that served as an air filter, [9] further contributing to its skull-like appearance.

In addition, the lens also came equipped with a HUD that supplied critical data automatically as an overlay if Vader entered new environments, including information about atmospheric composition, nearby bio-signatures, and others, which could also be selected via the mouth or tongue controls by pursing the lips, or extending the tongue.

The lens, likewise, came equipped with secondary eyeshields that activated within 5 milliseconds, automatically sliding over the optical blisters to prevent blindness when approaching intense light.

Components for a disassembled SoroSuub DH comlink were also built into the mask’s interior, as a result of it being a cheaper solution compared to custom-designing a new unit.

It also was equipped with audio enhancers and sonic dampeners, the latter of which were also capable of reducing noise as a defense against sonic weapons, and they can extend Vader’s hearing range to 40 kHz, enough to be higher than a Ronto. It also came equipped with a voice synthesizer, which, upon picking up the electronic sounds from a built-in vocoder, translated Vader’s otherwise weak speech to be audible, and also added a timbre, bass and amplification to produce an impressive amount of vocal quality.

It was added in because Cuf Clothing artificial vertebrae alone were of limited value as structural units. The two sides of the front were edged by two tubes that followed the mask’s edge until it reached the base of the triangular grill. At the end of these tubes were two silver studs.

On Iron Empire Clothing of the slanted front of this collar were several interfaces, with wires running back from it to the back of the collar. From the sides of the collar came two metal stems capped with a curved fixture. These touched the outer corners of Vader’s mouth.

In some cases, Minox miniature cameras were given to people together with an Iron Cross. The optical lenses appeared bulbous. He was awarded the Iron Cross for service with an ambulance unit in the Franco-Prussian War of — This was pinned to the uniform above the original medal. 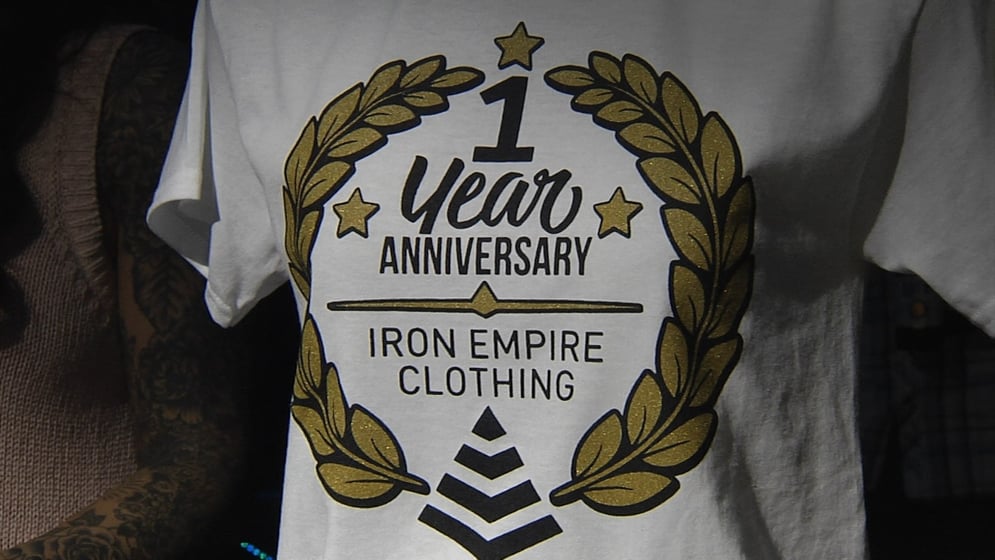